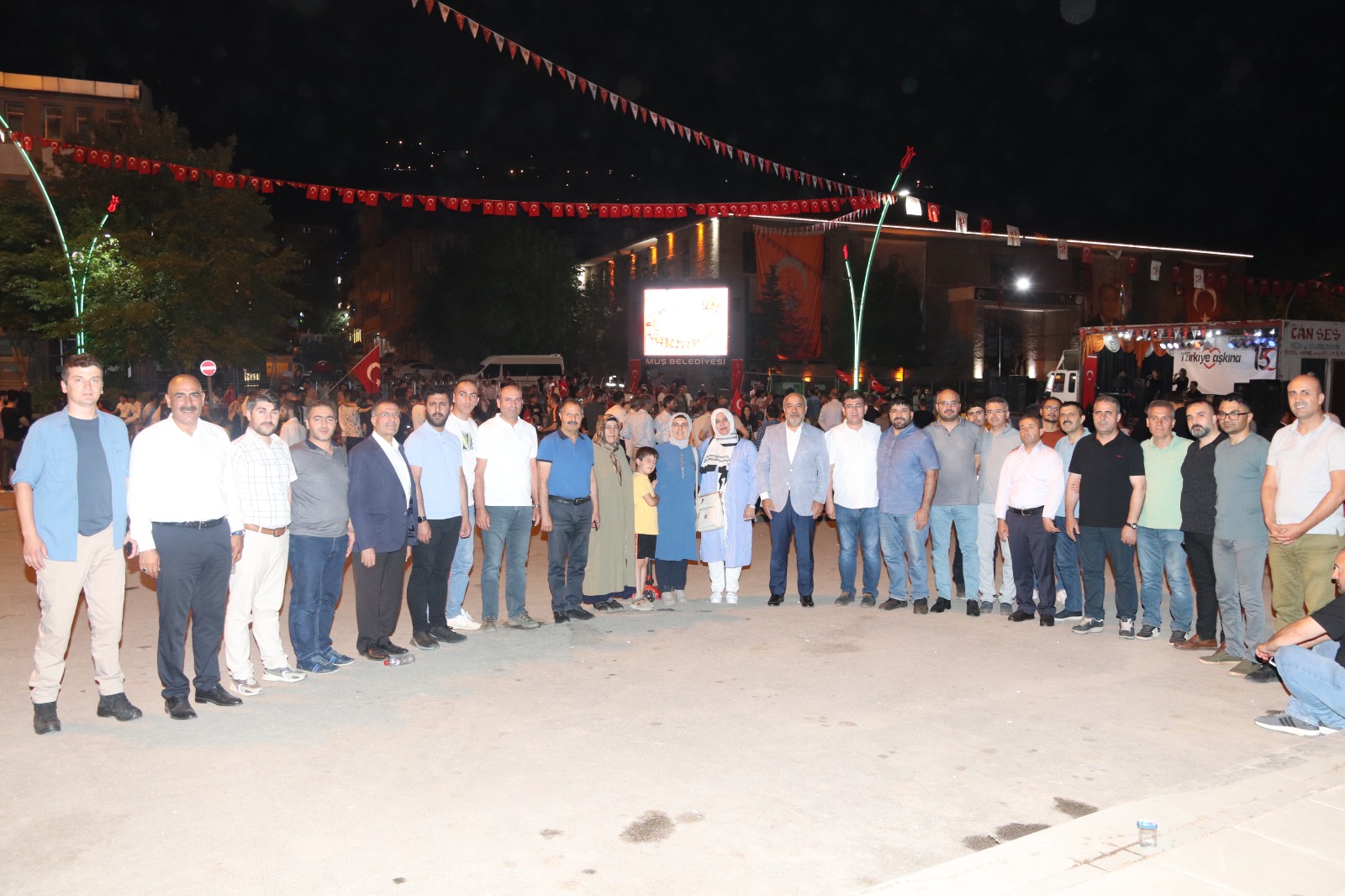 As part of the 15 July Democracy and National Unity Day programs, MAUN held a representative democracy watch throughout the night connecting July 15 to July 16.

Rector Prof. Fethi Ahmet Polat and his wife Nilüfer Polat as well as our academic and administrative staff and their families attended the program organized by the Muş Governorship. The provincial protocol, members of the press and people of Muş with the crescent and star flags also attended the program which started with a moment of silence and the singing of the National Anthem.

Rector Polat, who participated in the program with his family and university staff, said "The people of Muş, who made history during and after the coup, showed that they did not forget the martyrs of July 15 by filling the square on the 6th anniversary of this heinous attempt. As you know, our University filled the square with the words of our President in that dark night and took part in the performances with the presentations of Assist. Prof. Cahit Karaalp and Lecturer Erdal Eker from our university, and Abidin Acar and Melih Güzel from the Science Dissemination Society for 27 days and filled the stage and the vigil until the morning. Today, we are happy and saddened to be here with the same excitement.".

The program, in which President Recep Tayyip Erdoğan's speech was watched live on the giant screen, started with the protocol speeches. After the music concert performed by the students from Martyr Yücel Kurtoğlu Fine Arts High School, the Muş Hymn Group sang various hymns and eulogies to the audience, which was recorded for the first time by our university and listened to by hundreds of thousands of our citizens in and out of the city. The program ended with the salute given after the recitation of the Holy Quran and the closing prayer. Rector Polat and his wife took photos with the academic and administrative staff participating in the program in memory of the day. 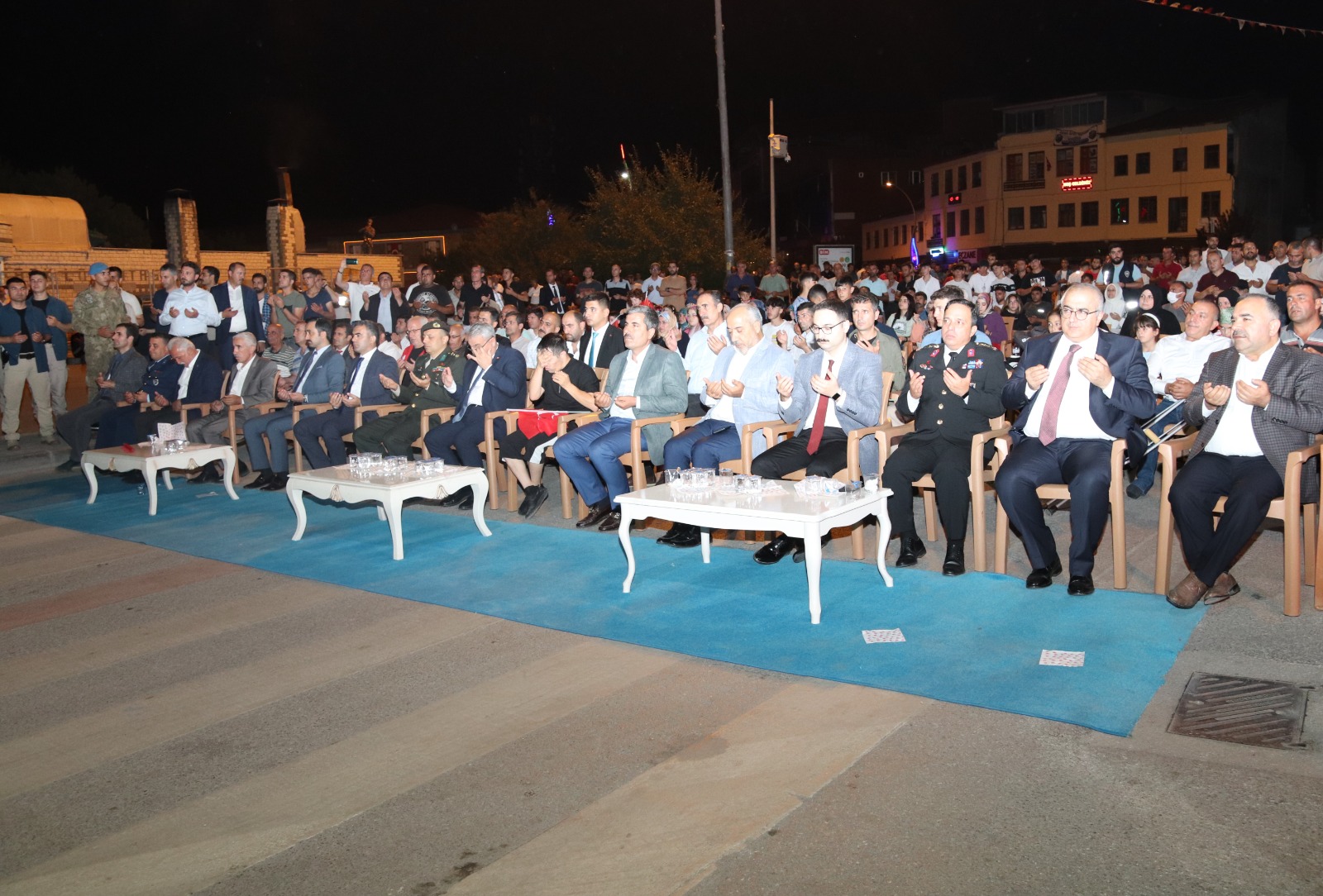 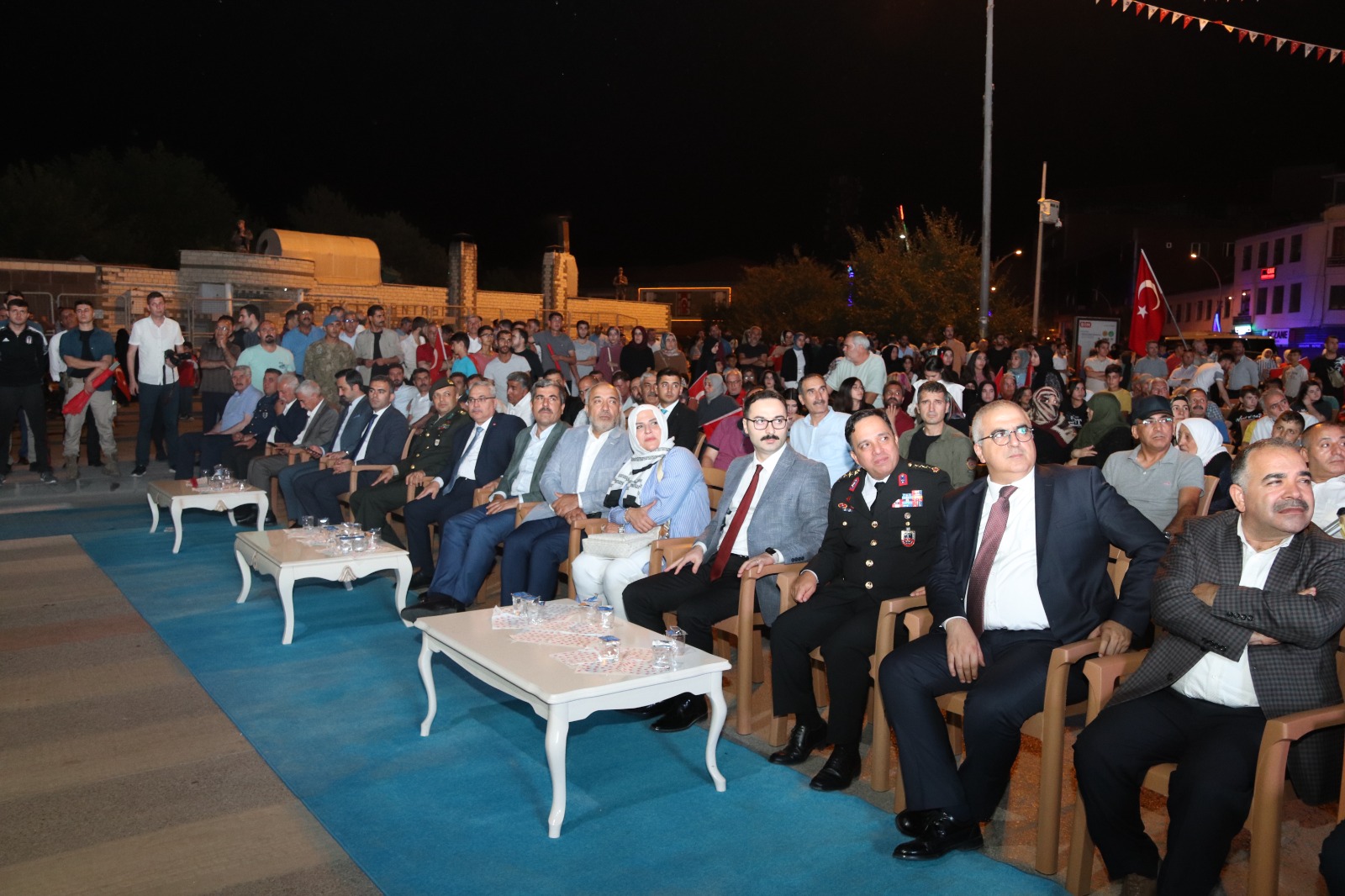 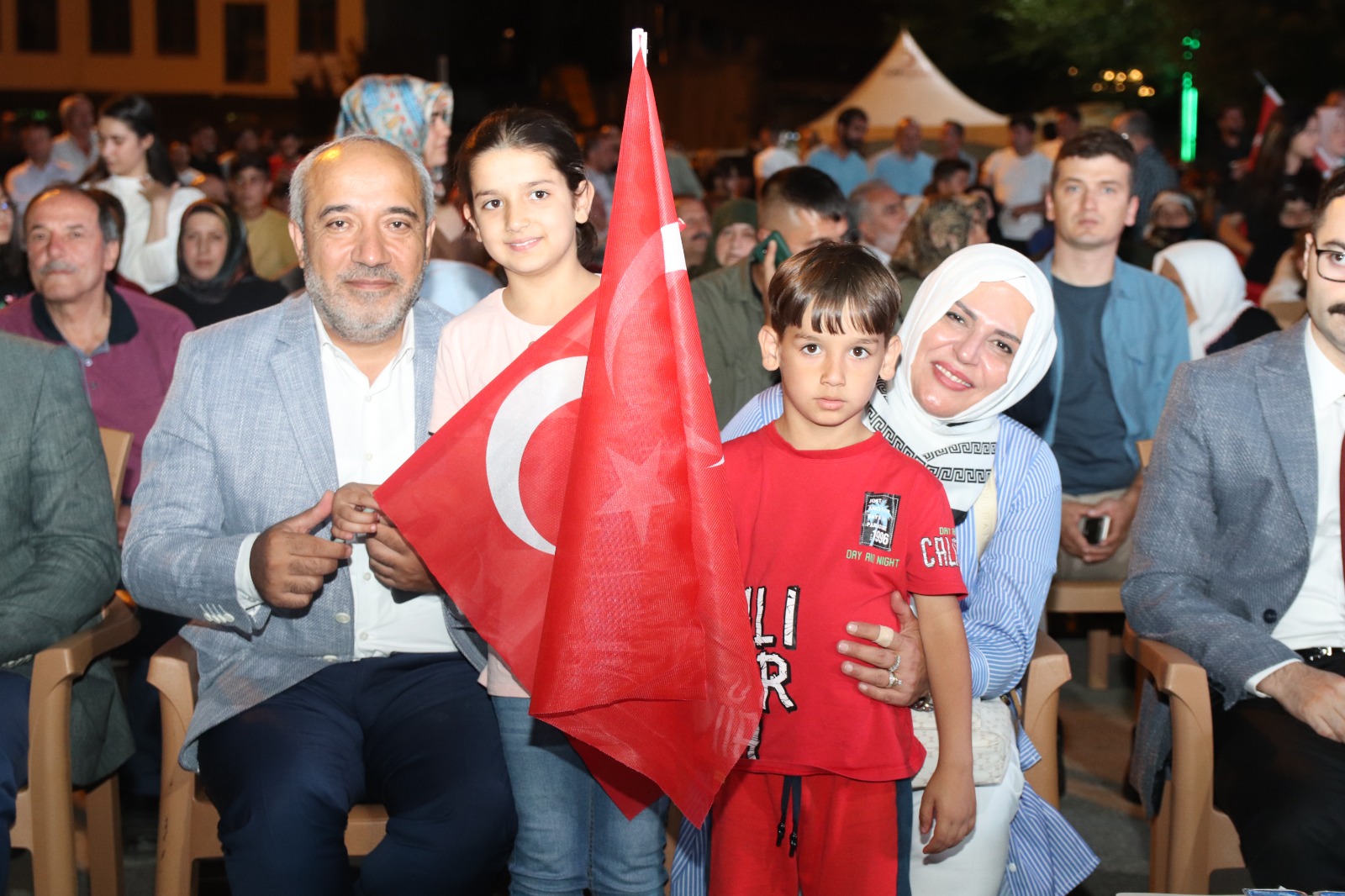 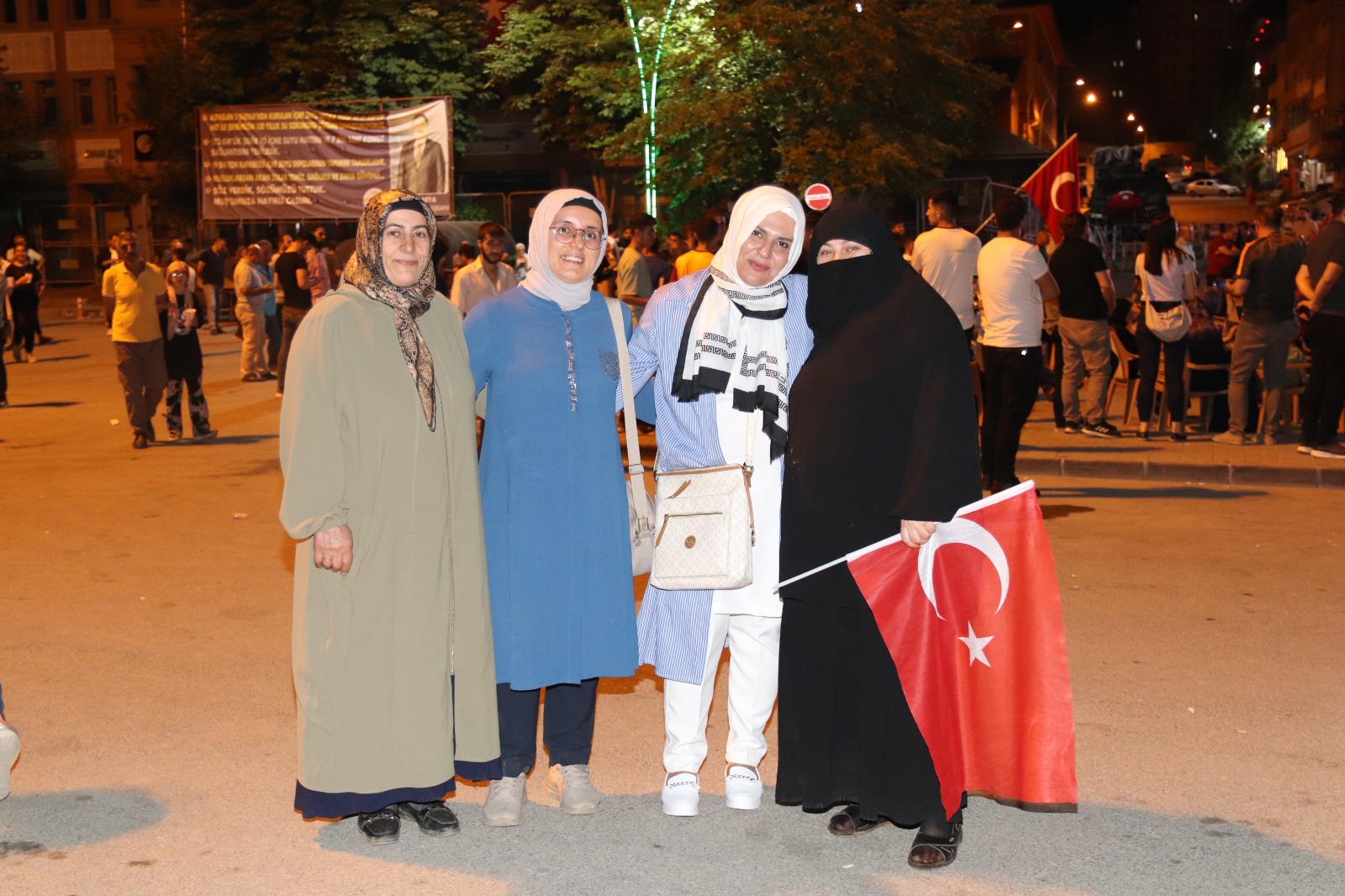 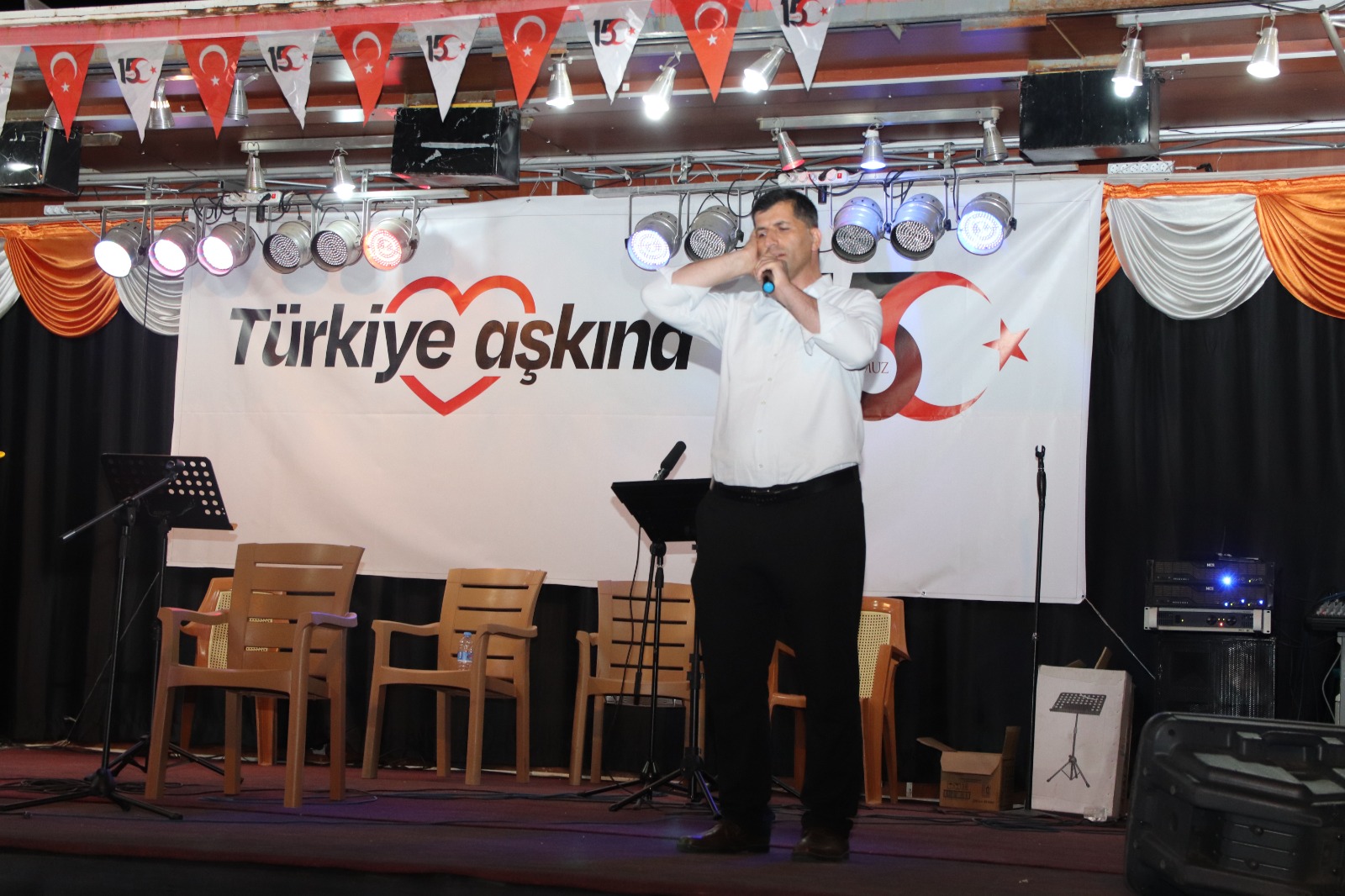 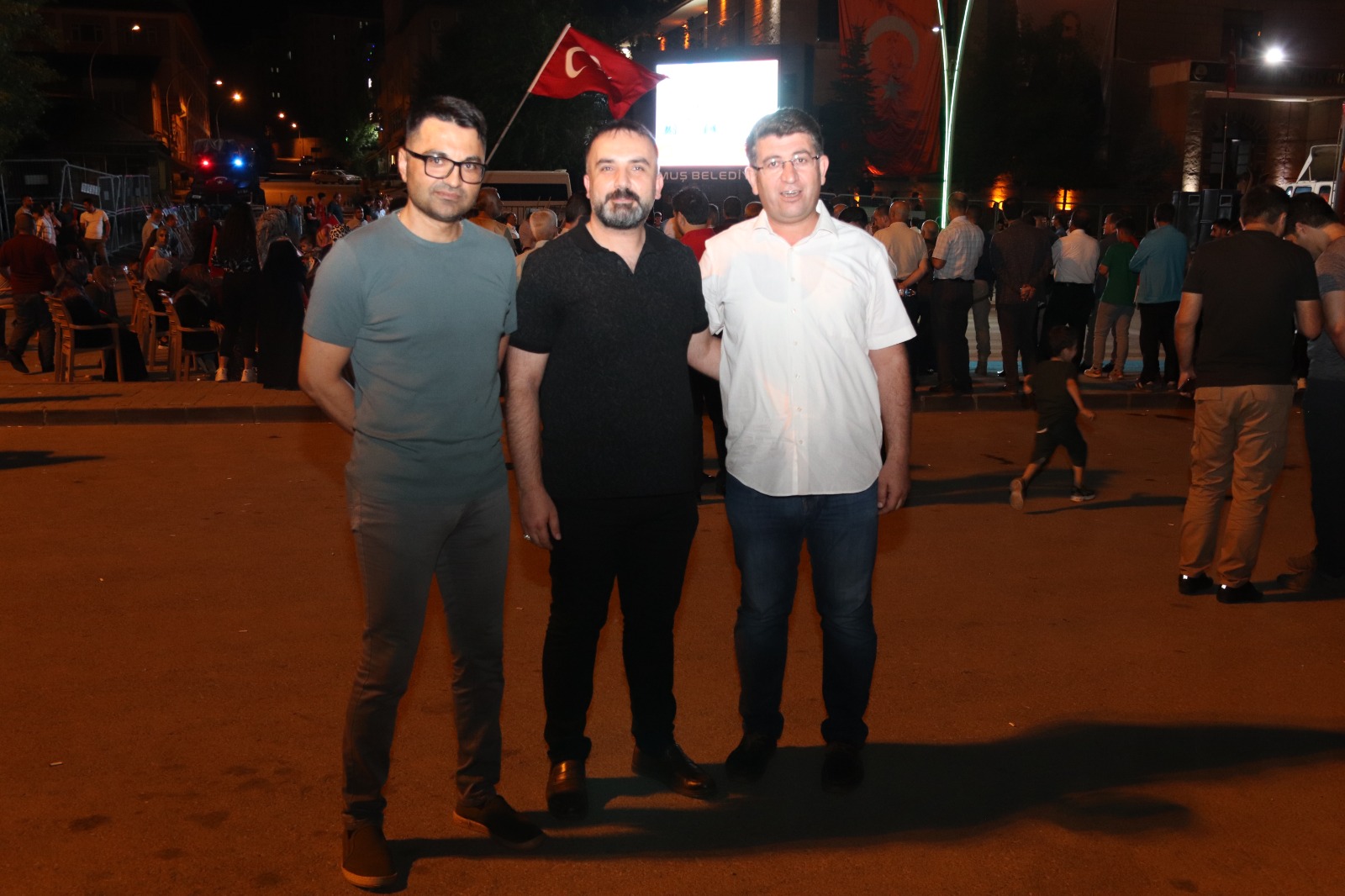 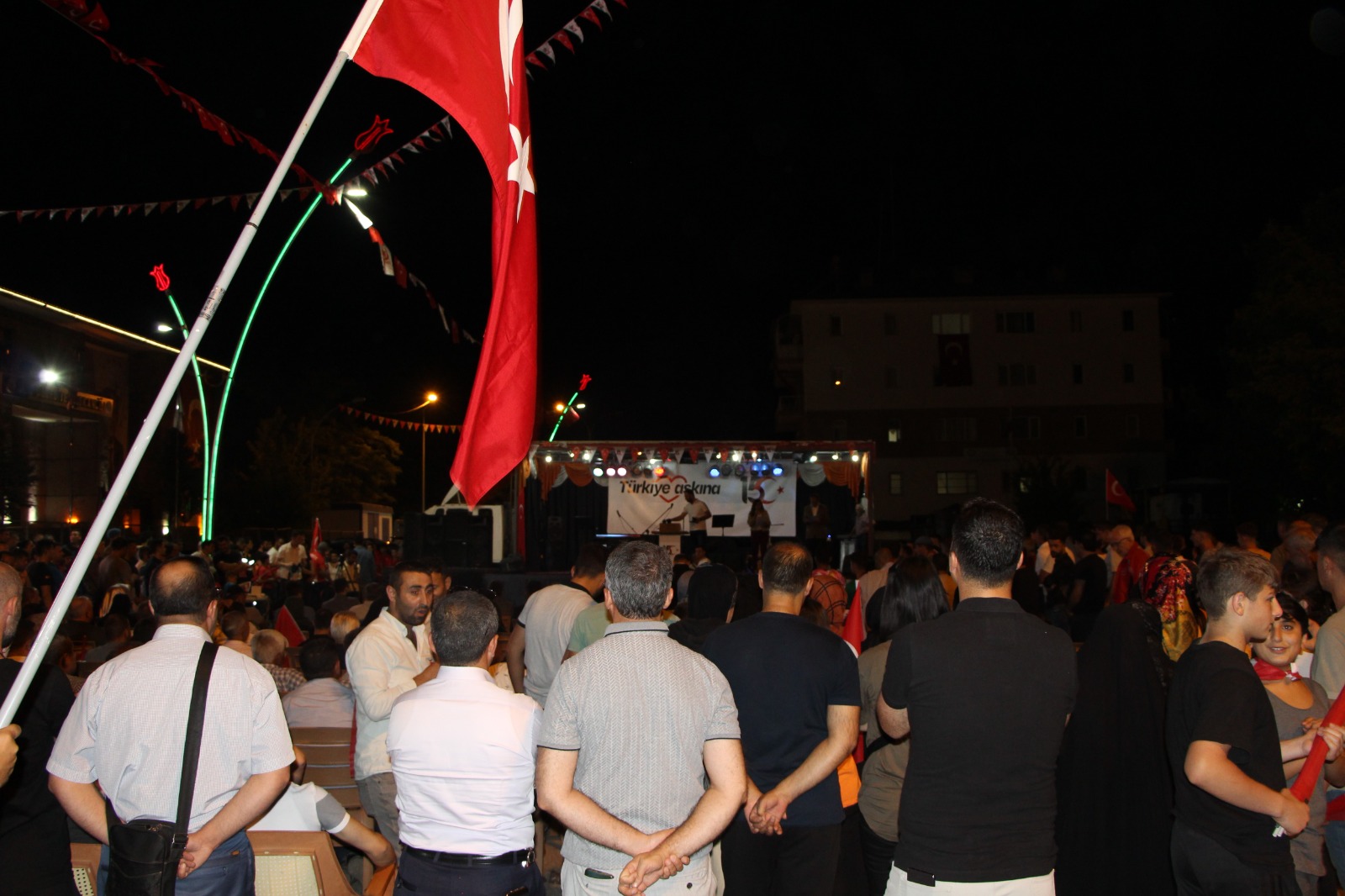